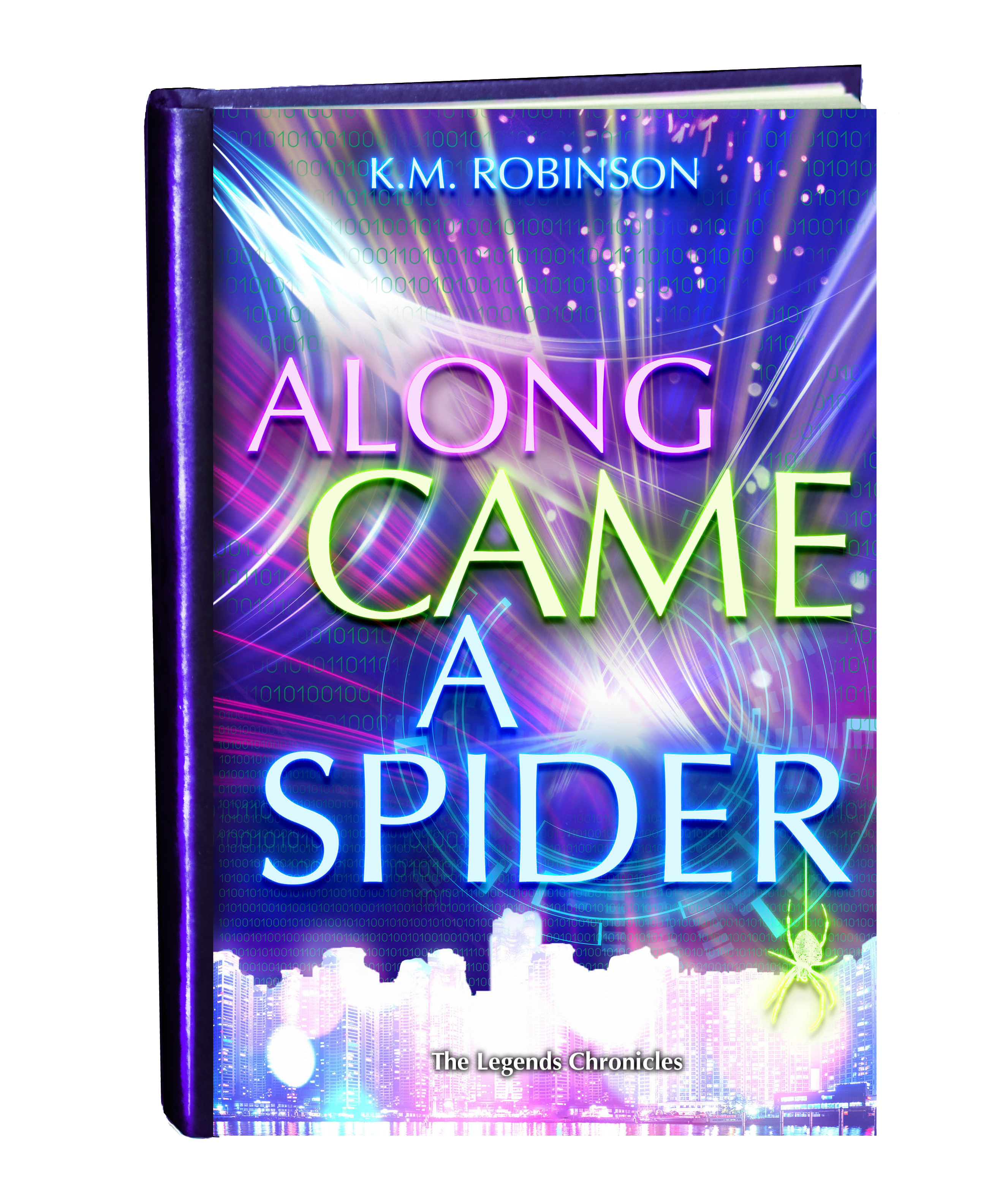 Along Came A Spider (paperback)

sat on her tuffet

destroying her cords and Way.

Along came a hacker named Spider,

who sat down beside her

and frightened his opponent away.

When Fet, one of the most skilled hackers in the Legends, discovers her best friend and leader of her group has been abducted and held for ransom, she must escape unnoticed and find Peep before it’s too late.

When Spider, a new recruit training to join her hacker ring, slips out with her and claims to have a plan to save her friend, Fet is forced to bring him along. As she discovers he’s not who he claims to be, she faces grave danger and learns just how deadly a spider bite can be.