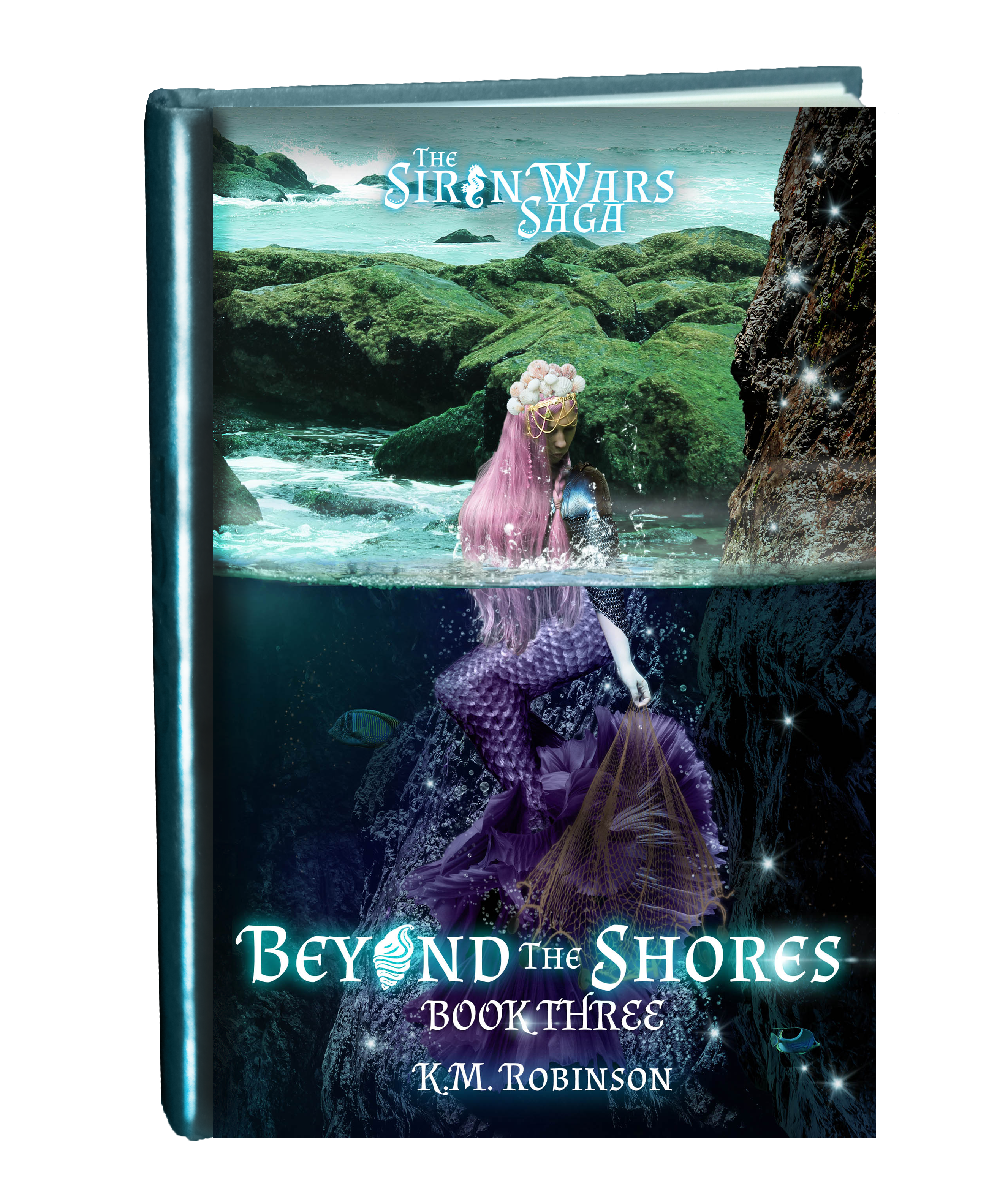 Beyond The Shores (paperback)

Inside the human palace, Celena is faced with a choice—cooperate or die. Separated from Merrick and the other mer, her only choice is to sway the human prince into befriending her despite his father’s resistance to create a new treaty with the mer.

When her twin and the collection find Celena and Merrick, they create a plan to escape, but dangerous advances from above threaten to destroy their chance at survival.

Celena and her friends find themselves thrust into a new side of the war—one where they have to side with the humans and work to help save them before it’s too late for anyone to survive this new battle. She may be fighting for her enemy’s safety, but the royal humans might kill her anyway.

One way or another, the Siren Wars will finally end.