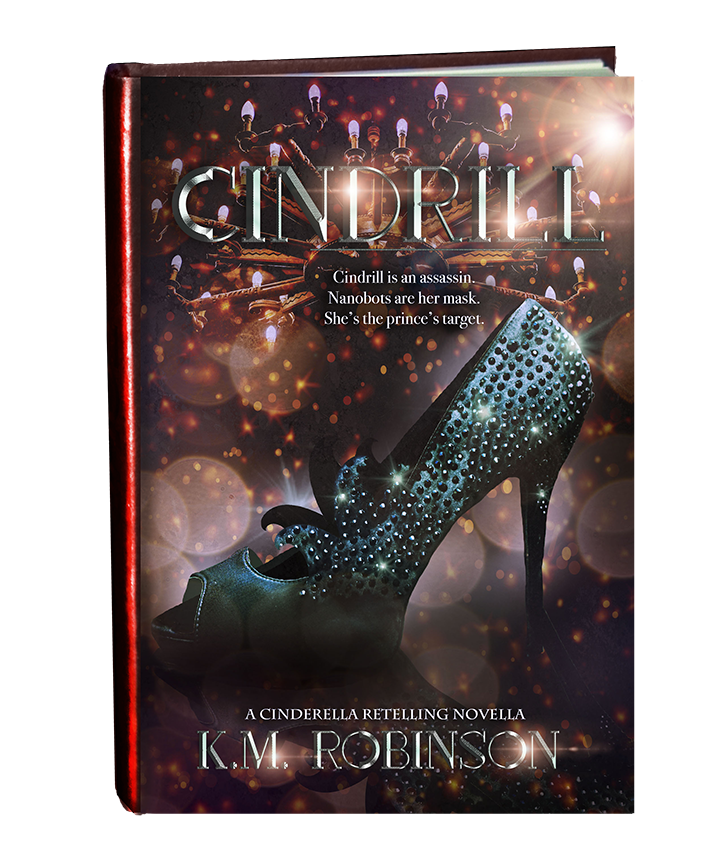 Cinderella is an assassin out to murder the prince…but he’s hunting her too.

The nanobots Cindrill’s master gives her to use as a mask allow her to slip into the ball wearing a face that isn’t hers, but when the assassination attempt goes sideways, Prince Davin doesn’t understand why her face changes when he injures her, slicing her foot open around a unique pair of shoes as she runs away.

When Cindrill runs into the prince the next day without her nanobot mask on, he doesn’t recognize her, but immediately decides her skills will be useful on his hunt for the would-be-assassin woman who nearly killed his father and his fiancée the night before.

Both are tasked with the job of murdering the other, but things don’t quite go as they had planned when Cindrill’s master and Davian’s fiancée interfere as the two try to decide whether or not to kill the other.

It’s hard to recognize a woman when she uses technology to change her appearance, but Cindrill is going to use that to her full advantage as she destroys the prince. Will either survive?