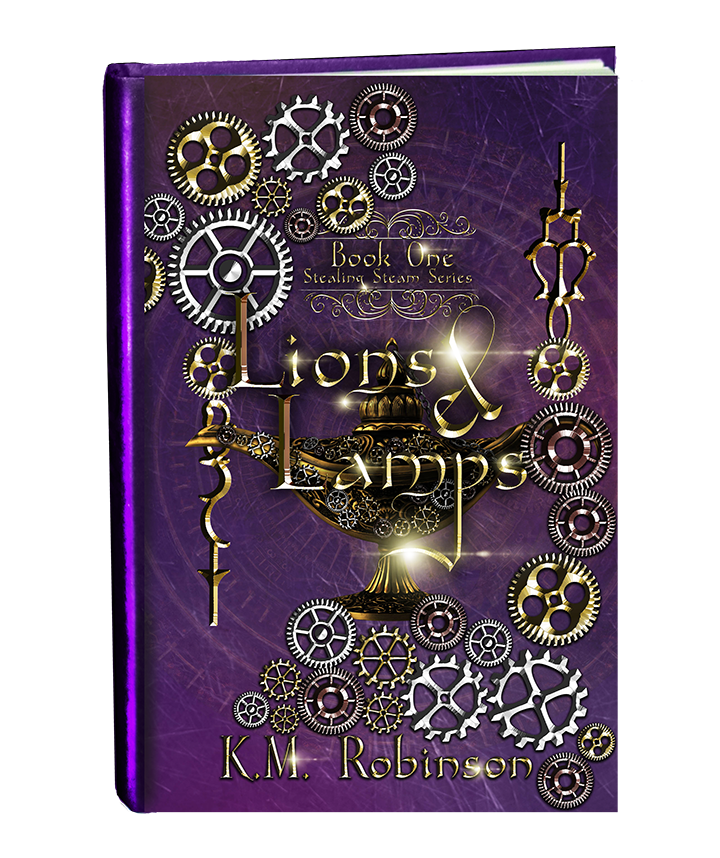 Aladdin-meets-steampunk in this brand-new retelling from K.M. Robinson

All wishes require sacrifice…are you willing to pay the price?

Cyra spent the last seven years being trained to steal an airship in a brutal competition that leaves the victor with millions. Last year, she won.

Aladdin spent the past year fighting to get enough money to take his mother away from Horallen after his father was murdered. Now, his evil Uncle Kacper wants to force him into the competition and straight to his death inside the Collection Cave.

When Aladdin discovers a genie said to have been banished a century ago, the competition becomes even deadlier, and he knows he can’t trust the girl who snuck into the competition this year...but Cyra might not survive his ruthlessness either in a game where only the lion’s heart can win.

All wishes require sacrifice, and someone is going to pay the price for the Stourbridge.

Perfect for fans of Ready Player One, Cinder, Mortal Engines, and Etiquette and Espionage.