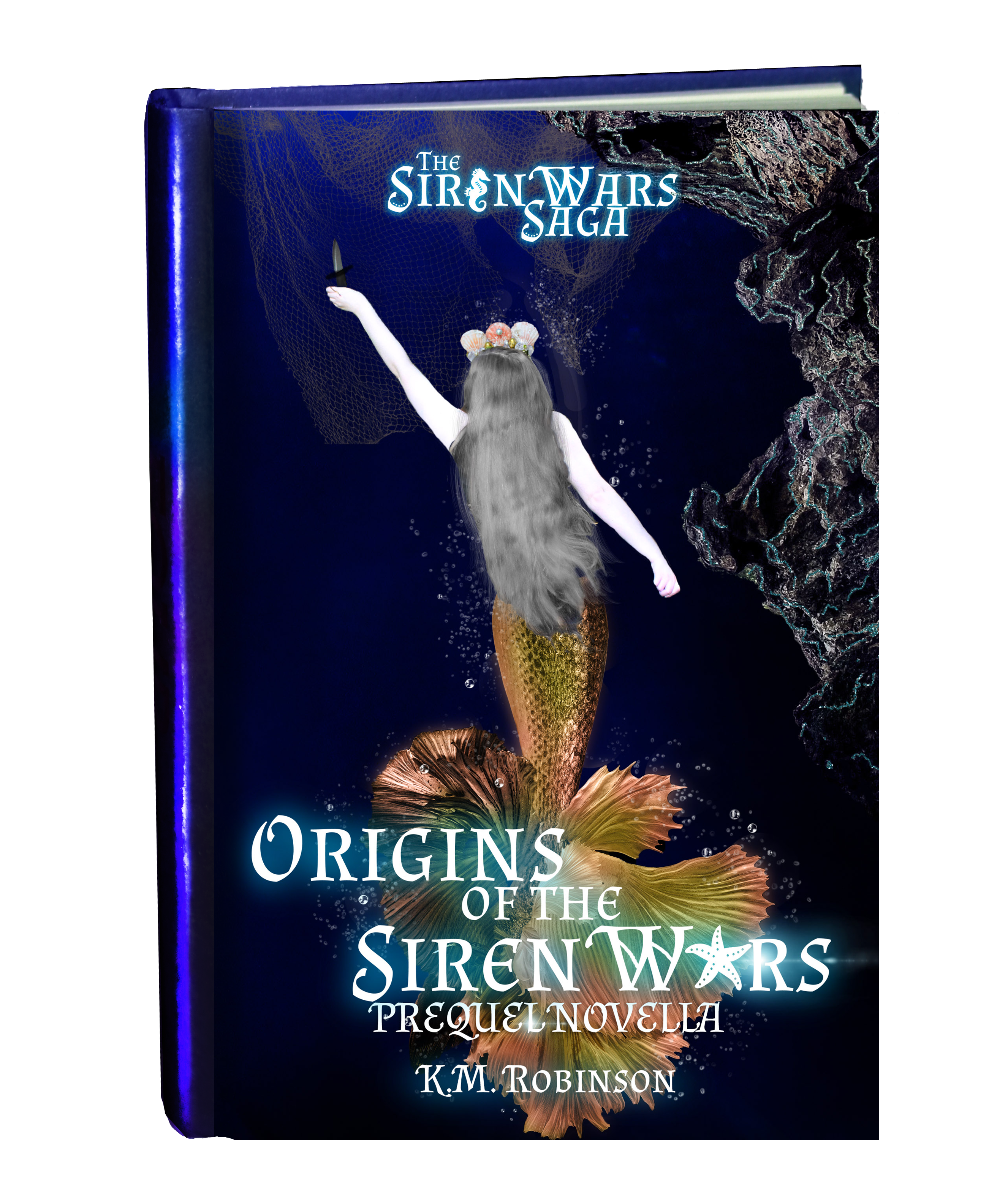 Origins of the Siren Wars (paperback)

A century ago, the human-mer treaty was established to protect the mer from the humans while they guided ships through storm-plagued waters. Now, Aila and her cousin, Persephone, act as representatives for their grandfather, King Gaspar, to the human world.

The mermaids share a close bond with the Prince Jarek, but when Alia catches Persephone trying to siren him into the waters, she must work to protect her friend from her cousin without hurting the human-mer relationship—something Persephone’s mother won’t tolerate.

War is brewing and Aila and Persephone are caught in the middle of a battle they never saw coming—one that will last for another century.

Every war has an origin...she just never thought it would be her.